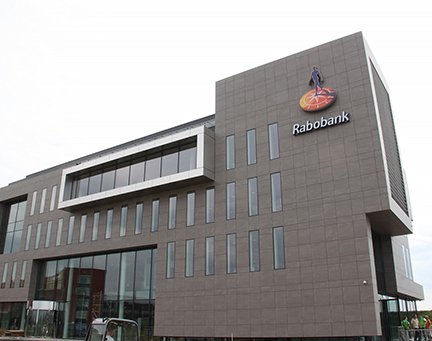 Tasks set by the client in the project:
A complete integration between KNX, Helvar, Modbus and Crestron.
KNX is used for the default lighting in (for example) kitchen, basement etc. Also KNX is used for the shutters and screens.
Helvar is used for the lighting of the workplaces for the 180 employees, using daylight-controlled devices.
Modbus is used for controlling the heating in the office-building, and to display errors/warnings from the HVAC-systems.
Crestron is used for the multi-room audio, beamers and projection-screens.
All these functionally must be controlled from a number of Touch PC’s, so different staff-members on different floors can control the complete installation.

Project description:
The installer, Nabuurs in Boxmeer, has the task to integrate all major systems into one complete solution, situated on different Touch PC’s.
This is done by the usage of iRidium mobile with a Full Site License for all protocols. Also alarm-messages are displayed on the Touch PC’s, including warnings from the MIVA-toilets (toilets for disabled people).


Difficulties you faced while working on the project:
The difficulty was to create a bridge between KNX and Helvar. Normally a special hardware-device is used, but now is iRidium Script used to build this bridge. The complete Helvar-installation can be controlled by KNX Touchscreens (Zennio Z38i) situated in the consulting rooms, and by KNX switches, situated in the hallways.

Equipment of the project
A Weinzierl KNX BAOS772 is used for the communication between Touch panels with iRidium mobile and KNX.
On each floor many KNX devices (ABB) are used, and also Helvar devices for the lighting of the desks of the 180 employees.