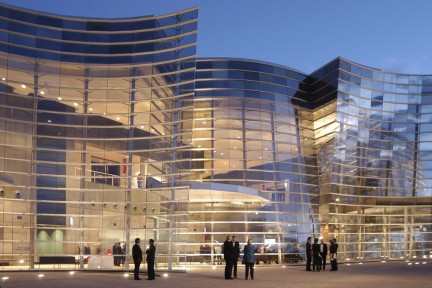 Tasks set by the client in the project:
The Christchurch Art Gallery building needed system upgrading, as the installed EBos lighting control visualization was only available on a single server, installed in the basement. To change the scenes in the Art Galleries for new exhibitions one person had to be in the basement changing settings, and another person on the end of a two way radio, giving feedback to indicate which lights were on, off or the dimming levels. The building was damaged in an earthquake in 2011. In addition in 2015, the EBos system was no longer supported, and upgrades or repairs to the existing system were not possible.
The new solution had to meet a budget, be adaptable and be able to use existing control cabling.

Project description:
The decision was made to implement KNX as the preferred solution to overcome the problems of a bespoke protocol from one manufacturer. iRidium mobile solution allows a staff member to adjust the lighting scenes on an iPad in the Gallery; it is now a one-person job.
The same iRidium mobile solution will also be installed on PC’s in the building, giving staff control of the lighting and visual feedback of the lights, from their desks.

In iRidium there are 70 colour wheels to control individual nodes in the colour lights. Scheduling was used for outside lighting and out of hours sensor occupancy enabling.