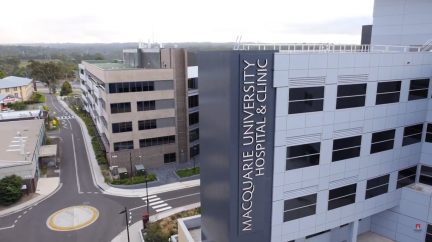 Tasks set by the client in the project:
Simulation Lab - Password protected System Start page
- Presets page to make setting up communication links, camera presets and video routing easy
- Control of four PTZ cameras including presets, and a precision mode (for very fine PTZ control when zoomed in)
- PIP Control - including routing of video sources to PIP processor, and PIP window layout
- Video matrix control of an existing S-Video Matrix to route cameras to in-room and control room displays
- Set up video and audio inputs for two network streaming appliances, so that AV can be routed to anywhere on the campus for real time observation
- Route audio from headset mics, in-roof mics and audio inputs in the control room to in-roof speakers and headphones. It is also possible to route this to our IEM systems, but this function is currently not needed
- Communications control for two rooms. Each room has a dedicated iPad for control (PB Comms and OT Comms - Patient Bedroom and Operating Theatre). This allows an operator to:
- talk to another operator (4 headsets, 2 operators per room)
- talk through in-roof speakers in Operating Theatre and Patient Bedroom spaces
- talk secretly to an actor or instructor via wireless In-Ear-Monitors (usually used in the live music world)
- talk through speakers build-in to our mannequins (via their control PCs). This adds to the realism of a scenario.
Surgical Skills Lab - Password protected System Start page
- Presets page to make common video routes easy to trigger, including routing an input to the projector (and turning it on, dropping the screen) or recording that input to one of two HD recorders
- Video routing page, allowing all video inputs and outputs to be patched to each other in any required confirmation via the Gefen Video over IP solution
- Camera control of a PTZ Camera, 4K Block Camera (running in HD mode allowing digital PT functions) and instructions for controlling 2x surgical in-light cameras
- Recorder control for 2x HD recorders, including warning pages for stopping or resetting the recorders. This information is also relayed on the Home screen, showing which input is routed to a recorder, and feedback from the recorder to give confidence to the end user
- Ability to stream to a dedicated laptop any video and audio source. This allows us to use soft conferencing tools to share what we are doing internationally
- Audio controls allowing for volume control of audio sources independently to pendant speakers and program speakers. A global audio control is available on every mag to control the overall volume of the mix easily
- Room page which gives control over window and office blinds and projector screen. Additional control is also given over our 10x medical monitors (input selection, blanking) as well as the projector. Additional controls are added for the Apple TV we use for AirPlay in case a user wants to access the other Apple TV functions available.


Project description:
The Faculty of Medicine and Health Sciences at Macquarie University currently features two large medical labs. Our Simulation Lab is used for training medical students and professionals, medical techniques and patient care skills using both human actors and specialized simulation mannequin robots. Communication and observation are key for these exercises to be a success, so there is a heavy reliance on remote monitoring using PTZ cameras and audio communications.
Our Surgical Skills Lab is used by medical students and professionals, including worldwide medical companies, to advance their knowledge of surgical skills and techniques, including a focus on biomechanics i.e. knee, shoulder, hip replacements. It can be described as having 10 operating theatres packed into one large room. Each operation theatre station, or pendant, has an HD medical display and inputs. High quality imagery, easy of routing content and capture of content is important in this space.
The existing control system for our labs were running on expensive and proprietary hardware control systems which were difficult to use. Being a closed system meant the need to hire very expensive external programmers to make simple changes and it ended up being impossible to upgrade without great expense. As a result, the systems had not been maintained for years leading to end user frustration. A better solution had to be found.
I used iRidium Mobile V2 for a small meeting room upgrade in early 2015 and it was very successful. This led me to choose iRidium as our site wide solution. Using iRidium Mobile has allowed me to rapidly and inexpensively create a new control system with deep consultation with our end users. Prototypes were made prior to equipment being bought and deployed, allowing end users to get comfortable with the control system layout and logic. This also made it easy to make changes and adapt the system quickly at no cost, rather than forcing users into using a system or layout where they had to compromise. It was also very easy to get the equipment to work with iRidium (using the Global Cache and Custom AV Drivers). Graphics were made in Photoshop, allowing me to follow the University’s brand guidelines and better integrating the system into the look and feel of our identity.
Constraints and requirements for the upgrades included tight budgets, requirement to integrate existing equipment wherever possible and a very fast turn around. Our Simulation Lab was upgraded in two weeks, with only 2 days of down time as I switched the systems over. The Surgical Skills Lab was down for 6 weeks (I had to fit in with lab bookings and teaching schedules over the Christmas break). With the exception of a few little bugs, within a few days the lab was back up and running with positive feedback.


Difficulties you faced while working on the project:
- convincing management that going in-house is a wise decision. Since the project has been completed, they have completely changed their viewpoint on iRidium and in-house AV development
- setting up JS to receive feedback from the HD recording units and displaying the result on screen
- NEC Projector which has a bad IP control implementation - sometimes commands wouldn’t work properly, so this was solved by sending the command three times with a delay in-between to make sure the projector would respond
- As I am using iPad Pro 12.9”, sometimes the GUI of the iRidium Studio software would slow down due to the size of my canvas. However, it rarely crashed throughout the project and was easy to use
- Sometimes equipment wouldn’t respond when using a macro, so additional delays were added to make sure all commands were sent and no devices were overloaded.